Which conditions do you treat?

Quite a few! Complaints that need ongoing antibiotics, antihistamines, anti inflammatories, cortisone etc. People see us when they want to stop medications  and get better. They come when their condition hasn’t responded to medical treatment, and they have exhausted all other possibilities.

What treatments do you use?

Do I have to stop taking my medication while being treated?
No. As your symptoms improve, you can discuss reducing your medications with your doctor.

How long does treatment take?
Treatment times  depend on the nature of the complaint, and the length of time you have had your complaint.

How well do chronic cases respond to treatment?

We look at each case carefully and in great detail, and use  tests to discover cause of the health problem. Understanding why a person is unwell, makes the treatment path much clearer.

It can take some time to unravel some cases.

Note: We are not able to make therapeutic claims in relation to serious conditions like cancer, epilepsy and notifiable infectious diseases.

Patients are ‘voting with their feet’ and seeking help from natural therapists, because they haven’t yet found effective treatment for their health problem.

Thousands of integrative doctors and natural therapists around the world successfully use natural medicines, which the World Health Organisation recognises.

Natural medicines have a much lower risk level than pharmaceutical medications and medical procedures, so it makes sense begin treatment using natural medicines before moving to higher risk therapies.

If you’ve ever wondered why hyperactive children are medicated with stimulants, you are grappling with the cornerstone of homeopathic understanding; what a substance can cause, it can cure. Other examples are homeopathically prepared coffee used to treat insomnia and red onion for the sneezing and watering eyes of colds and allergies.

It does sound nonsensical when you learn that homeopaths treat illness by giving a highly diluted form of a substance, which, taken by a healthy person in a crude dose, would cause similar symptoms, but there it is. Prescribing Ritalin, the stimulant drug for hyperactivity, is a great example of the  application of the homeopathic principle used by conventional medicine.

If you analyse a homeopathic medicine, a pharmacologist would say it’s water, ethanol and sugar, but it’s not always necessary to know how something works for you to use it.  For decades, doctors didn’t know how paracetamol and dispirin worked, but it was easy to see their effects. They have become two of the most commonly used medications in the world.

When you see a child’s ear pain, or a baby’s colic, settle after taking a homeopathic medicine, you begin to recognise that something you might not understand, is working.

There are over 2000 homeopathic medicines in common use. They are non-toxic and non-addictive, so they are safe for babies, children and pregnant women.

WHERE DOES HOMEOPATHY COME FROM??

Not many people know that homeopathy sprouted out of conventional medicine in the 1800s. It was developed by a medical doctor who was concerned about the toxicity of the treatments of the day, such as arsenic and mercury. Most people around the world who practice homeopathy are medical doctors. It is the second most common form of treatment used in the world, to conventional medicine, and is endorsed by the World Health Organisation as an affordable, sustainable and effective form of healthcare.

People who seek homeopathic treatment usually have exhausted their medical options and are looking for a different kind of  treatment. Most already have a medical diagnosis Parents like homeopathy come from a wide range of socio-economic groups, many of whom are children and adults from educated, affluent families.

Members of the British Royal family has been treated by doctors who are homeopaths since 1830. It has a wide acceptance throughout Europe. In France, the most popular cold and flu remedy is a homeopathic medicine.

Homeopathy is used extensively in developing countries,  because it is cheap and easy to use. In India, there are over 10,000 medcial doctors who use homeopathy.

Homeopathy gained  acceptance in Britain, Europe and the United States in the 19th century owing to its success during epidemics. 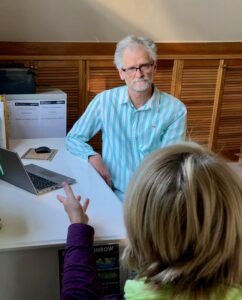 WHAT DOES IT TREAT?

What's the Difference between Homeopathy and Naturopathy?

Homeopathic and herbal medicines are quite different, even though the origin of some homeopathic medicines is herbs. The two differ considerably in their prescribing methods and medicine preparation. Homeopathy uses highly diluted medicines, where western and Chinese herbal medicines are made directly from plant substances. Homeopathy offers a specific treatment for each patient’s illness, whereas Naturopathy provides the supportive framework for recovery.

The term naturopathy literally means ‘nature cures’, used by herbalists and healers for many hundreds of years. Naturopaths use a range of natural therapies, like herbal medicine, massage, nutrition and lifestyle recommendations.

A visit to a naturopath  includes assessment of your diet, lifestyle  and nutritional assessment. Naturopathic treatment includes nutritional supplements and herbal medicines and ways of creating a life balance.

The philosophy of naturopathy is based on creating a mental and physical environment which supports recovery from illness. Herbal preparations are the main medicines naturopaths use. They are prepared from medicinal plants, are a dark colour and have a strong taste.

Homeopathy grew from orthodox medicine in the 1800s. It has a scientific base and its practice is based on a systematic, repeatable system.

Homeopaths also consider diet and lifestyle but it is the prescribed homeopathic medicine, which is used to treat illnesses.

A homeopathic consultation involves gathering detailed information about your symptoms and their patterns.  Prescriptions are  individualised for each person. This is why homeopaths ask for details about the type of pain – sharp or dull?, when symptoms occur, and what makes them feel better or worse worse.

Homeopathic medicines come in  drops or small white pills, which have a slightly sweet taste. The medicines have been diluted and potentised from the source material, which means they are non-toxic.

“I was a dedicated scientist about to begin a PhD in neuroscience when, out of the blue, homeopathy bit me on the proverbial bottom”

Science had been my passion since I began studying biology with Mr Hopkinson at the age of 11, and by the age of 21, when I attended the dinner party that altered the course of my life, I had still barely heard of it. The idea that I would one day become a homeopath would have seemed ludicrous. That turning point is etched in my mind. A woman I’d known my entire life told me that a homeopath had successfully treated her when many months of conventional treatment had failed.

As a sceptic, I scoffed, but was nonetheless a little intrigued. She confessed that despite thinking homeopathy was a load of rubbish, she’d finally agreed to an appointment, to stop her daughter nagging. But she was genuinely shocked to find that, after one little pill, within days she felt significantly better. A second tablet, she said, “saw it off completely”. I admit I ruined that dinner party. I interrogated her about every detail of her diagnosis, previous treatment, time scales, the lot. I thought it through logically – she was intelligent, she wasn’t lying, she had no previous inclination towards alternative medicine, and her reluctance would have diminished any placebo effect.

Scientists are supposed to make unprejudiced observations, then draw conclusions. As I thought about this, I was left with the highly uncomfortable conclusion that homeopathy appeared to have worked. I had to find out more. So, I started reading about homeopathy, and what I discovered shifted my world for ever. I became convinced enough to hand my coveted PhD studentship over to my best friend and sign on for a three-year, full-time homeopathy training course.

Now, as an experienced homeopath, it is “science” that is biting me on the bottom. I know homeopathy works, not only because I’ve seen it with my own eyes countless times, but because scientific research confirms it. And yet I keep reading reports in the media saying that homeopathy doesn’t work and that this scientific evidence doesn’t exist. The facts, it seems, are being ignored. By the end of 2009, 142 randomised control trials (the gold standard in medical research) comparing homeopathy with placebo or conventional treatment had been published in peer-reviewed journals – 74 were able to draw firm conclusions: 63 were positive for homeopathy and 11 were negative. Five major systematic reviews have also been carried out to analyse the balance of evidence from RCTs of homeopathy – four were positive (Kleijnen, J, et al; Linde, K, et al; Linde, K, et al; Cucherat, M, et al) and one was negative (Shang, A et al). It’s usual to get mixed results when you look at a wide range of research results on one subject, and if these results were from trials measuring the efficacy of “normal” conventional drugs, ratios of 63:11 and 4:1 in favour of a treatment working would be considered pretty persuasive.

Of course, the question of how homeopathy works is another matter. And that is where homeopathy courts controversy. It is indeed puzzling that ultra-high dilutions of substances, with few or no measurable molecules of the original substance left in them, should exert biological effects, but exert biological effects they do. There are experiments showing that homeopathic thyroxine can alter the rate of metamorphosis of tadpoles into frogs, that homeopathic histamine can alter the activity of white blood cells, and that under the right conditions, homeopathic sodium chloride can be made to release light in the same way as normal sodium chloride. The idea that such highly-diluted preparations are not only still active, but retain characteristics of the original substances, may seem impossible, but these kinds of results show it’s a demonstrable fact.

Surely science should come into its own here – solving the riddles of the world around us, pushing the frontiers of knowledge. At least, that is the science I fell in love with. More of a puzzle to me now is the blinkered approach of those who continue, despite increasing evidence, to deny what is in front of them. In the last few years, there has been much propaganda and misinformation circulated, much of it heralding the death of homeopathy, yet the evidence shows that interest in complementary and alternative medicine is growing.

Homeopathy is well-established in the UK, having been available through the NHS since its inception in 1948. More than 400 GPs use homeopathy in their everyday practice and the Society of Homeopaths has 1,500 registered members, from a variety of previous professions including pharmacists, journalists, solicitors and nurses. And yet the portrayal of homeopathy as charlatanism and witchcraft continues.

There is growing evidence that homeopathy works, that it is cost-effective and that patients want it. As drugs bills spiral, and evidence emerges that certain drugs routinely prescribed on the NHS are no better than placebos, maybe it’s time for “sceptics” to stop the witch hunt and look at putting their own house in order. It’s all a far cry from the schoolgirl biologist who envisioned spending her life in a laboratory playing with bacteria.